How Greek is the Gospel?

Presbyterians, and “the Reformed” generally, have “a tradition of an educated pastorate.” Pastors, we think, should be trained in the Biblical languages, and in exegesis, along with theology and pastoral care principles and theory. We call our pastors “Teaching Elders” for a reason. We think pastors should know their stuff.

I agree with this, too. Except, apparently, on days when I’m a grumpy cat because of something I read on the internet. Some blanket statement that “the Greek New Testament IS the New Testament” and that people who can’t read the Bible in its source languages “have no business” talking about the Bible, since they don’t know what they’re talking about.

In context, the remark was pretty clearly directed at pastors, and even more at scholars, who are professional and public and authorized and authoritative interpreters of Scripture.

But it was worded more generally. And once someone had put it that way, I could feel the objections gathering. Some of those objections have to do with the underlying paradigm of scriptural interpretation and “accuracy” that’s wrapped up in that dismissive statement. Some have to do with sociology and its practical effects on what we humans can and do know.

In that view, the true text is the one in the original language, and the translations that lay people work with are approximations of that true text. The process of translation certainly won’t have improved them, or brought them closer to “being the Bible;” they will only have gotten them farther away from “the real Bible.” [Despite the experience some of us have of having read some verse in a particular translation and finally “seen it” or “gotten it” in a whole new and important way.]

This view suggests, it seems to me, that the real word of God in scripture depends crucially on some specific human words in which it was once expressed. Moreover, it implies that hearing that word correctly depends crucially on intellect, or at least on academic achievement. That’s why people who don’t have the right skills, who don’t belong to the guild, have no business interpreting it for others.

I think that’s claiming a lot for the human side of this equation, and not much for the Holy Spirit.

Furthermore, there is a whole set of sociological implications wrapped up in accepting this paradigm and the practical academic requirements it entails. It means that authority to interpret scripture is properly restricted to the scholastically certified. That, in turn, implies that whatever sociological conditions apply to acquiring that certification – and some sociological conditions always do apply, to everything – also become requirements for “having any business” doing that kind of interpretation, or for having your insights taken seriously.

So, genderraceandclass might become a requirement for having any business interpreting scripture with authority. Nationality and geographic location might become a requirement under some circumstances – say, for instance, colonial ones. Theological outlook, political skill – we can imagine situations in which those things might affect the getting of the requisite education and so of the requisite “business” for interpreting scripture.

If social perspective matters – and we have some reasons to think it does – then the Greek-and-Hebrew requirement will limit the range of human perspectives that can be authoritatively brought to bear on the reading of scripture, or that will be recognized as having authority when they are. And if the sociological conditions we’re talking about embody any oppressive arrangements – as they occasionally do – then the authorized reading of scripture, the readings that can be recognized as having authority, will be restricted to those readings that come from whichever people those oppressive arrangements permit to acquire the indispensable credentials for having any business saying what the Bible says. (What could go wrong, eh?)

Another practical implication of this view is that it commits us to agreeing that the dimmest, least proficient, most mechanical reader of the Greek text capable of passing the ordination exam has more official business interpreting scripture than the brightest, most inspired and insightful, unschooled lay reader.

I usually go along with visceral intellectual snobbery. (Sorry about that.) I’ve sat through enough sermons given by undertrained ideologues, and read enough underinformed pious claptrap, to agree with some enthusiasm that some people’s opinions about the Bible are not well worth listening to. Some of those people are professional preachers, and that does indeed seem like a bad thing, or at least not a good thing. I know that people can come up with scary, kooky readings of scripture, and there’s a chance that the discipline of Greek and Hebrew can hold that kind of thing in check, a bit. That seems like a good thing, or at least not a bad thing.

And yet – I feel we ought to be careful about laying down absolutes, especially ones about who has no business interpreting the word of God out loud. 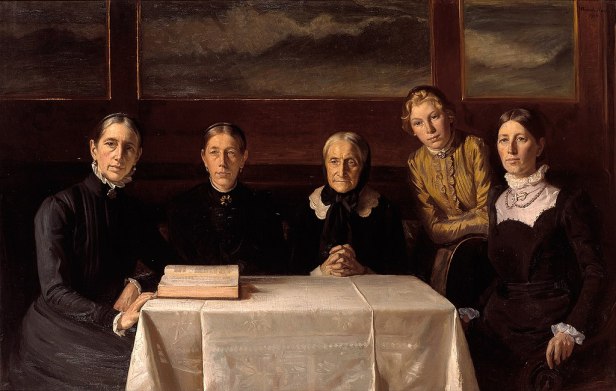 6 thoughts on “How Greek is the Gospel?”