We talked about Passover, and its connections to the communion and covenant language in Mark, in class this morning. It comes as news to people, even when we’ve been around the Bible for a long time, which makes sense, because we don’t always get these connections discussed for us.

In Exodus (chapter 12), at the first Passover, the instructions are to take a lamb, slaughter it at twilight on the evening of 14th Nisan, roast it and eat it (along with unleavened bread), and take its blood and “put it on the two doorposts and the lintel of the houses in which they eat it” (Exodus 12:7);

The blood shall be a sign for you on the house where you live; when I see the blood, I will pass over you, and no plague shall destroy you when I strike the land of Egypt. (Exodus 12:13)

When, on the evening of the first day of Passover, Jesus blesses bread and calls it “my body” and passes it around to the disciples, and then talks about his “blood of the covenant” that is poured out, that language makes a connection with the body and blood of the Passover lamb, and the story of a people being saved from death by that blood, and of being brought out of slavery as a result of all that. It’s no coincidence at all. It’s a theological understanding that has been built in to the gospel of Mark. Or, so I would argue.

A theological understanding that was older than the gospel of Mark, for that matter, because it shows up already in Paul’s letter to the Corinthians (1 Corinthians 5:7).

In light of this, it makes even more sense that the author of Hebrews, who’s talking about Jesus’ priestly mediating work, quotes Jeremiah’s reference to “the covenant I made with your ancestors when I took them by the hand and led them out of the land of Egypt …” (Hebrews 8:9, Jeremiah 31:32) – which is also making a reference to the Passover story, and then, in verse 10, another reference, to its culmination in the writing of commandments on tablets of stone at Mt. Sinai. Because commandments “written on their hearts” will be even better.

It all fits together. Christ is our Passover. It’s another, in fact very old, way of understanding how Jesus saves us, and from what.

In worship, the choir sang the anthem we’d been practicing for weeks: 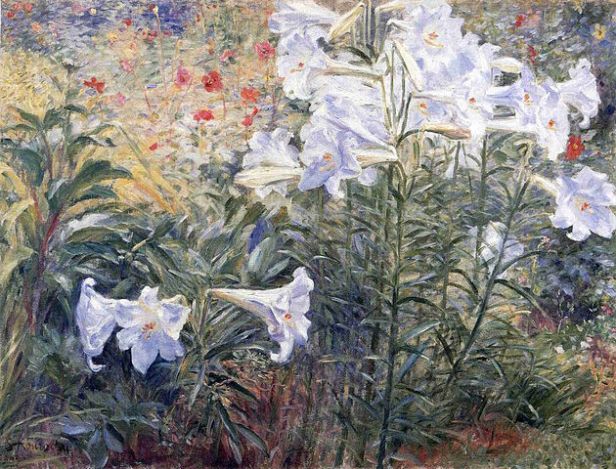