We are studying 1 Kings 8:54-66 for Sunday, January 26; this is the conclusion of the story of Solomon’s dedication of the Temple in Jerusalem as told in 1 Kings. This is our fourth week working through this particular chapter of 1 Kings, and this particular episode in the life of ancient Israel. We looked at the parallel text in 2 Chronicles 7:1-11 a couple of years ago; that version is almost identical to this one, with the difference that some additional liturgical details show up. This week’s lesson, then, is something of a test of the adage that the Bible is inexhaustible.

BACKGROUND AND CONTEXT: The text this week brings us to the finale of a ceremony that began back at the beginning of 1 Kings 8, which itself is the finale of the work of making the Temple, which began – in one sense, the construction sense – back in 1 Kings 6 or – in a different sense, the visionary sense – back in 2 Samuel 7, when King David gets the idea to build a Temple. Or who knows, it may have been an idea in the mind of God long before that.

From here, the text of 1 Kings will take us through the rest of the reign of Solomon, and on through the story of the division of the kingdom, and the exploits of the dynasties of those two kingdoms, culminating in the destruction of this temple, and the deportation of the last kings to Babylon.

As I am committed to pointing out, these are verses we’ll never know exist if all we know about the Bible is the Revised Common Lectionary.

CLOSER READING: We don’t know when Solomon began to kneel before the altar during his long prayer to YHWH, but the action described in verse 54-55, arising from the kneeling position, standing, and blessing the assembled congregation, makes for a strong image of the scene.

The blessing itself (verses 56-61) reads like a benediction but also a charge, which Reformed worshipers, at least, will have come to expect at the end of a worship service.

The word translated “promised” or “promise” in v56 is literally “spoke” or “word,” so we can’t miss the idea that God spoke words to the people through Moses.

Then, in vv57-58, the idea of God being with us, not leaving or forsaking us, is restated as giving “us” the appropriate attitude: inclining our hearts to walk in his ways and keep those words of commandment and statute (or limit) and ordinance that God is so blessed to have spoken back in v56. God being with us and us leaning into God are presented here as one and the same.

In v59, Solomon has just spoken some words himself, and while he wants God’s words to be near the people and with the people, Solomon also asks for these words to be near YHWH, day and night, we might say 24-7, so that YHWH will, literally, “do justice” on behalf of the king and Israel in response to these words. The phrase translated “as each day requires” is literally “word day by day”. Solomon has words, which are also things, on his mind.

In v60 all the peoples of earth would presumably include the Babylonians, who will have this strong witness of the genuineness of the God of Israel. Contingent on Israel walking in God’s ways and keeping all God’s words. [Who knows what difference this might have made in the history of the world, eh?]

But we might want to spend some time with that image: of a heart completely at peace with God, simply walking in God’s limits, simply doing and not doing what God says to do and not do …

This is no doubt supposed to sound devoted and enthusiastic and impressive, rather than gruesome. A wide gulf of time and custom separates us from 1 Kings. On the other hand, if we ourselves were attending a large open-air festival that was lasting a couple of weeks, we would have our own sanctioned form of animal immolation, so maybe the gulf is not all that wide after all.

A LAST THOUGHT: This text, which describes the ending of a ceremony that is the beginning of an era, strikes me as particularly poignant. It’s as if the post-exilic author hovers in the background, asking “What if we had done what Solomon charged us to do, back then?” What if we had had hearts that were perfectly at peace with God, walking in God’s ways and contenting ourselves with God’s limits and doing all God’s words? What disasters would have been averted, and what good words would have been fulfilled and how joyful and good (v66) could we have been and for how long?

“What if we would do that now, when we have a second chance?”

We know how it worked out the first time. And the second time.

And all the other times.

But we may well still ask ourselves, “What if we would do that now … ?” 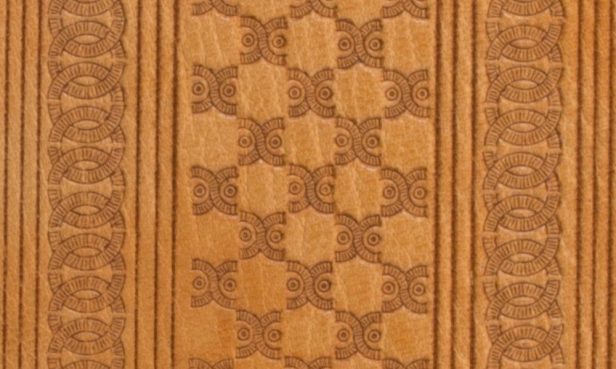