There are several reasons I don’t say much about “politics” and “current events” here. The main one is that I usually think I’m unqualified: I don’t know enough about whatever it is to have an opinion. I realize that’s a quaintly old-fashioned idea that doesn’t stop lots of other people these days, but I continue to embrace it, nevertheless.

One of those reasons is actually NOT that “politics” and “current events” are not fertile fields for “interpretation,” the titular subject of this blog. “Everything is text,” at least from some angle, and almost everything means something – usually more than one thing at a time, depending on which context of interpretation you want to use to make sense of it.

Whether we do or not, that’s a different story. Respond appropriately, that is.

Something else that requires interpretation: data.

Long ago – so long that I have almost forgotten it happened in real life – I made my living doing data analysis. In those days, I came to feel about the despicable heinous evil crime of “ignoring the data” what I now feel when I encounter a paper copied from Wikipedia and Google. [Murder IS worse, but just barely. Not joking about that. I’m talking feelings, here.] I respect data.

And what they mean, like so many other things, depends on lots of things, including which context of interpretation we’re using to understand that meaning. There can be more than one of those. There usually is.

It can be a good idea to ask “Why are we using this one?”

No doubt one of the reasons I usually feel unqualified to have an opinion about “politics” and “current events” is that I try to avoid a lot of the discourse that swirls around those topics. That’s because most of it makes me sick. I pay the price in knowing so much less than so many others seem to, but I suffer less nausea.

[Even avoiding politics. Something else recollected from a dreamlike past life. That ancient knowledge is why I haven’t been able to determine whether my avoidance practice makes me irresponsibly indifferent and selfish, or appropriately realistic and self-caring, or what. The text is hard to read.]

What I haven’t heard or bumped into in my avoidance is anything like a genuine decision making criterion. What I mean by that is an assessment of the costs and benefits of various courses of action, and a reasoned, principled statement about where precisely the balance of costs and benefits needs to fall to recommend one course of action over another, and why.

Admittedly, I don’t expect to hear that.

A statement like that would have to go beyond the vague slogans of “every life counts” and “don’t let the cure be worse than the disease” and would have to count the costs of the disease, and the costs of the cure, and how those costs and benefits are being distributed and borne, and how we, or someone, calculates the overall public good out of that, and how many of whose sicknesses and deaths we are willing to trade off for how many and whose bankruptcies and mortgage foreclosures and retirement portfolio losses, etc.

A statement like that would require the honesty to say clearly what the decision maker cares about more, and cares about less. It would require the courage to expose those values to scrutiny, and to advocate for them, in the face of certain disagreement from some quarter, perhaps several quarters – presumably because the decision maker thinks they will withstand that scrutiny, and feels they deserve that advocacy. It might even require the compassion to understand the disagreement, and to speak to it the way you would to a cherished and respected friend, rather than the way you would to a crazy, stupid, disposable enemy.

I don’t hear much of any of those things in our public political discourse these days. And if a statement like that isn’t “political,” I don’t know what is.

It would be reassuring, however, to think that whoever will end up making the relevant decisions – and in the end, that is probably each one of us – is not ignoring the data, and is responding appropriately, and has given adequate thought to their decision making criterion.

I’m not sure I think that. I’m just saying it would be reassuring if I did.

This is the best thing I’ve read so far on masks: Zeynep Tufecki, Jeremy Howard, and Trisha Greenhalgh, “The Real Reason to Wear a Mask,” The Atlantic April 22, 2020.

This is the best thing I’ve read so far on forecasting models: Zach Weinersmith, Maggie Koerth, Laura Bronner, and Jasmine Mithani, “A Comic Stip Tour of the Wild World of Pandemic Modeling,” 538, April 13, 2020.

I haven’t read anything good on decision making criteria yet. If you find something, I invite you to pass it along. 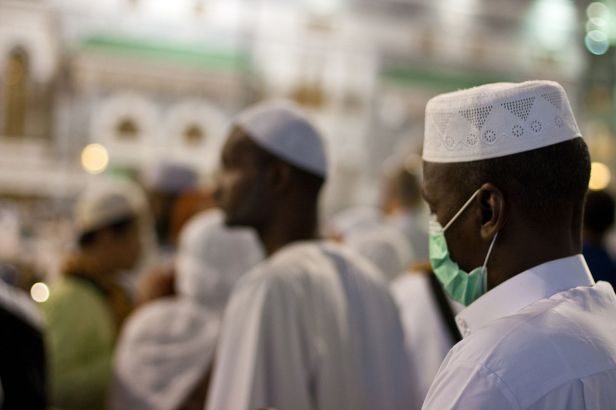 2 thoughts on “Masks and Models and Making Decisions, Oh My!”